Scoliosis can be treated many ways, but bracing is one of the oldest and tried-and-tested methods. Bracing requires a patient to wear a brace around their upper body in an effort to prevent a scoliotic curve from worsening.While bracing will not correct a scoliotic curve, it can be effective at keeping the Cobb angle, the standard used to measure a scoliotic curvature, small and manageable. The goal of bracing is to slow or minimize the progression of the curve until the child reaches skeletal maturity.

A scoliosis brace is made of hard plastic that is contoured for each patient in order to give the patient the straightest alignment. The brace is worn under clothing and is barely visible. It may extend from the armpit to the pelvic area in the front and below the shoulder blade in the back. Patients can still participate in any activities they are able to do while in the brace, such as physical education or sports.

There are many types of braces used in the treatment of scoliosis, and the type a patient needs will depend on the severity of the curve and the patient’s stage of growth. Some braces must be worn for 23 hours a day, while others can be worn during sleep

The first scoliosis brace was the Milwaukee brace, or a CTLSO brace (cervico-thoraco-lumbo-sacral orthosis). This model was bulky and had metal bars up to the neck, which made it uncomfortable to wear and drew unwanted attention. This led to decreased compliance, which led to decreased benefits. While the current model of the Milwaukee brace has been in use since 1975, many other versions of this brace have been created including the Boston brace.

The TLSO brace, or thoraco-lumbo-sacral orthosis, is a type of CTLSO brace but without the cervical portion. It starts beneath the shoulders and can be worn under clothing without being noticed. The Boston TLSO brace and the Milwaukee brace are models used for treatment today.

Nighttime bracing is also a popular option. According to bostonoap.com, “Studies show that a high output of human growth hormone is released during sleep, which means that much of a child’s physical growth occurs at night. Using a brace at night takes advantage of this by correcting the scoliotic curves at a time when bone growth is most likely to occur.” The Charleston Bending Brace is the most common brace used for nighttime correction. Nighttime braces allow for greater force to be applied and do not have to ensure that the head stays balanced with the pelvis.

Once a patient has reached skeletal maturity, the patient will be weaned from the brace. According to Johns Hopkins, studies show 4 out of 5 patients will have a good result with bracing, meaning their curve will not increase much. 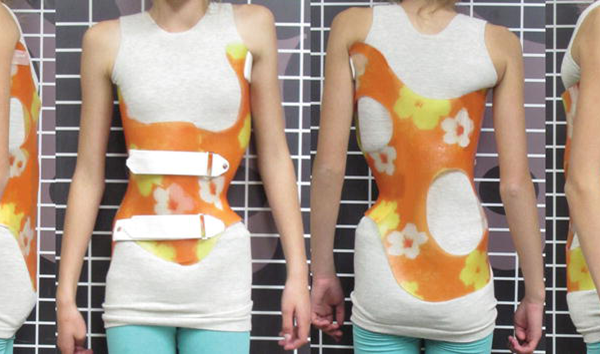